Celebrity Kathy Bates Hid Ovarian Cancer: ‘I Would Go To Chemo By Myself’ 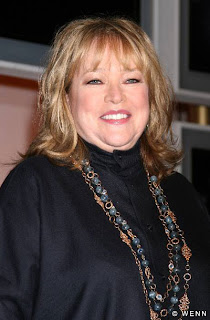 I can totally relate to Kathy, I also kept my first Cancer a secret. Mum had Ovarian cancer, I thought this was a great celebrity story to share.
This is what Kathy said in March 2012
"I guess it's something I felt I had to face on my own. Now if I go through it again I think I'd be a lot more open about it. I admire people who have been open...like Melissa Ethridge and women I see walking around facing it without wigs," she said.
"I think I would be more courageous this time."
It sounds to us like Bates was pretty brave back then -- and we certainly hope that she never has to face cancer again.
Bates has been in full remission since treating her ovarian cancer with surgery and chemotherapy. Though ovarian cancer is one of the more deadly, if detected early it can be treated. But because the symptoms -- bloating, fatigue, and lower back apin -- can mimic other benign conditions, ovarian cancer can difficult to detect an early stage.
Bates went public with her cancer battle in 2008, after she had been in full remission for five years. In a public service announcement for the Ovarian Cancer National Alliance, Bates urged women to "pay attention to what's going on in their body .... Whatever it is, something that's bothering you -- so what if they think you're crazy for going to the doctor? Go to the doctor."
Bates won an Academy Award for her portrayal of a crazed literary fan in "Misery," her first high-profile film role after nearly two decades of working in theatre, soap opera, and television. She currently stars on NBC's "Harry's Law," which is currently in its second season.
#iamstillawoman #kathybates #news #celebrity #highprofile