Female Breasts Are Bigger Than Ever, But Under Threa 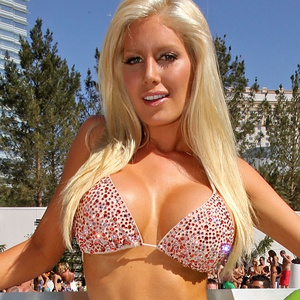 Good Morning America Reports:
"The plastic surgery industry is masterful at the hard sell," said Williams. "They have convinced women that it's just a simple cosmetic product, like buying a bottle of moisturizer."
Though tempted to try the implants out, she realized, "a lot of perfectly nice breasts ended up looking like water balloons on a skinny rib cage


In Western culture, breasts are "sexualized to the point where have trouble taking them seriously," she said. "Young girls, rather than being in awe of evolutionary miracles, are ashamed of their breasts because they don't look like pornography."
But her biggest concern is the vulnerability of breasts -- cancer rates have doubled since the 1940s, according to Williams.
Although Williams can't say with certainty that chemicals in the environment cause breast cancer, she notes that the breast is the one organ in the body that is not fully developed until adulthood -- and even the last trimester of pregnancy.
"For many years, the breast cells are undifferentiated and more vulnerable and so are susceptible," she said.
Girls who go through puberty earlier are also at greater risk for breast cancer as adults. "We don't know why," she said.
She notes that in Europe chemicals must be proved safe before entering the marketplace. "We have the opposite and don't take them off the market until they are proven harmful," she said.
Advances in science give reason for optimism, according to Williams. But "government regulatory agencies and the public in general are generally blind to where science is."
"Our bodies are intimately connected to the world around us," said Williams. "If we live in an environment filled with pollution, these things will and do affect our health."