Mother Alaina Giordano, 38, dies of breast cancer, comforted by the kids she lost custody of in part because of her illness 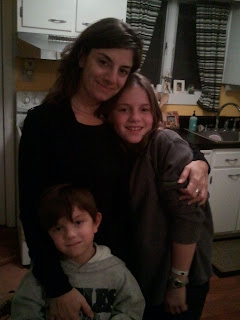 A 38-year-old mother of two has died of breast cancer after losing a heartbreaking battle for custody of her children in part because she was terminally ill.
Alaina Giordano of North Carolina was granted permission to have her son Bud, 6, and daughter Sofia, 11, by her side in her final days, ABC 11 reported. She died on Monday.
In April of last year, North Carolina judge Nancy Gordon ruled that the children's father, Kane Snyder, would get custody because of the advanced stage of the illness.
The controversial ruling spurred an outpouring of support from friends, cancer survivors and others who disagreed with the judge's decision.

How unfair was that decision: any mother at that time would be still an amazing mother..