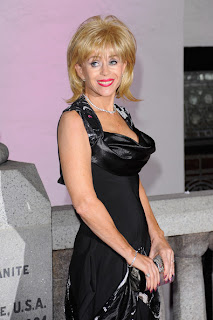 Most women would do anything to be rid of breast cancer, but British actress Sally Farmiloe-Neville has refused a mastectomy because she can't bear to lose her "best assets".
Sally, 57, — who starred opposite Bob Dylan in 1987 film Hearts on Fire — was diagnosed with a particularly aggressive form of breast cancer in May.
She was told a mastectomy was the best way to treat the life-threatening disease, but asked for a lumpectomy instead because she feels her breasts are a "vital" part of her personality.

Could you have ovarian cancer?

Sally has written about her choice in new book My Left Boob: A Cancer Diary, defending her decision to try to save her breasts.
"Although I am anxious to be rid of it, I do not want to lose a breast along with the malign tumour," Sally writes.
"I cannot bear the thought of a mastectomy because my bosom is so vital a part of my personality that to forfeit half of it would be to relinquish part of my very being.
"At a 36B cup, I'm not particularly well-endowed; neither are my breasts perfect, but I've grown terribly fond of them over the years.
"A mastectomy, I believe, would have compromised my femininity, jeopardised my career and turned me into a woman remote from the fun and flirtatious one that I am."
Sally goes on to accuse doctors of being too quick to encourage mastectomies, claiming lumpectomies and radiation treatment can be just as effective.
She says she felt "bullied" into a mastectomy, and thinks doctors should make breast cancer sufferers aware of all the treatment options available to them.
"There are a multitude of good reasons why 'Off with her breast!’ should not be the battle-cry of doctors faced with women who have cancerous tumours," she says.